How To Build Traffic For Boring Web Sites

Do you struggle with generating web site visitors for your product or service?  As a small business owner, you know first hand this can be a daunting task.  Placing ads in local media, networking, and sending out mailers probably bring you a little traffic, but the end result most likely is not a tidal wave of rabid customers beating down your door to purchase your goods.

As frustrating as this process can be, the good news is that getting loads of web site traffic can actually be quite easy pursued correctly.   As a matter of fact, it can summed up in two words.

Remember these two words because they will serve you well in your online marketing efforts.  Being exciting means you are:

In an experiment a fellow web master and I performed a few years back, we used the “funny” aspect of being exciting to help drive traffic to a motorcycle video web site.  Within days of launching the web site, we had video pages receiving upwards of 3,000 to 4,000 unique visitors a day.  The secret was posting funny video content that related to motorcycle racing.  Pretty much any time we posted a new video and shared the web page across social networks the traffic came pouring in. President Obama’s digital team generated millions of page views and online donations using a humorous, but simple web site that interacted with its viewers by dodging clicks when the user requested more information.

By focusing your traffic building strategy around being exciting you too can benefit from increased numbers of unique web site visitors.

There is only one problem though – what if you have a web site topic that most of society would deem as boring?  Lets say you have a web site focused on tax services (or maybe accounting, plumbing, electrical repair, construction, etc.) and don’t have the luxury of already being associated with an exciting subject matter.  Posting a video about how to prepare your taxes properly and sharing it on a social network is not  going to bring in that rush of web site visitors we were talking about before.    In reality, you’ll probably only get a couple hundred views at most with even less of those viewers turning into prospects or customers.

How can you fix being boring?

Instead of trying to promote your product or service directly with information, try the indirect approach that President Obama’s digital team took when promoting his tax plan over Mitt Romney’s in the last election.  The team launched a parody web site called www.RomneyTaxPlan.com plan to generate interest and maximize online shares.  By creating something funny and unique, President Obama’s digital team leader Teddy Goff revealed in a Big Think interview that he was able to get 1.5 million viewers to read the web site (about the boring subject of  tax policy) within the first day of launching it.  Over the course of the campaign, online views, shares, and donations soared thanks to the underlying strategy used to promote Obama’s ideas.

The same ideas used to generate millions of page views and donations for President Obama can be applied to your business as well.  Perhaps you come up with a funny twist on your industry’s status quo.  Make a funny video out of it or make an entire web site and promote the heck out of it.  Humor can spread ideas like wild fire! 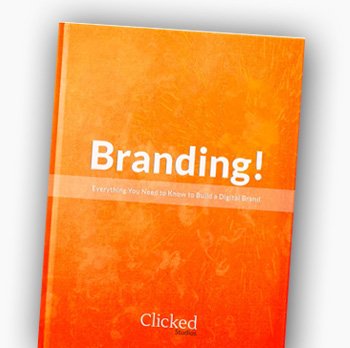